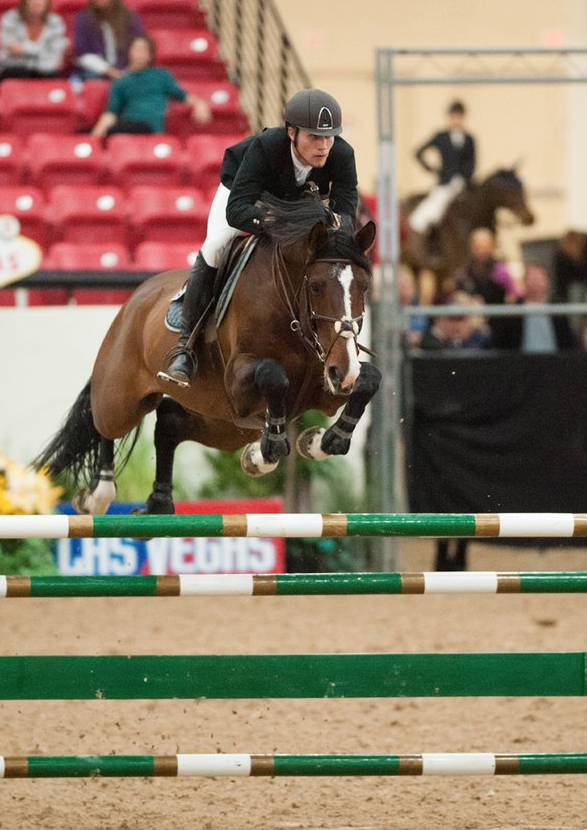 Karl Cook was already a world-class equestrian at age 17. Born and raised in Woodside, he has many accomplishments under his belt already including a World Cup appearance in 2013.


Karl Cook couldn’t have had a much better trip to the Las Vegas National. He earned the top two spots in the $50,000 Fisker Automotive Grand Prix CSI-W, the feature class of the competition held Nov. 13-18, winning on Jonkheer Z and taking second on ASB Conquistador. To top it off, Cook took blue in the $30,000 Las Vegas Speed Classic on Notories Utopia. These wins sealed a spot in his first World Cup.

For his World Cup debut, he took 11th place overall and was one of four Americans in the top 12. Karl Cook competed aboard Signe Ostby’s ASB Conquistador, a 12-year-old Belgian Warmblood stallion, and Jonkheer Z, an 11-year-old Zangerscheide stallion.