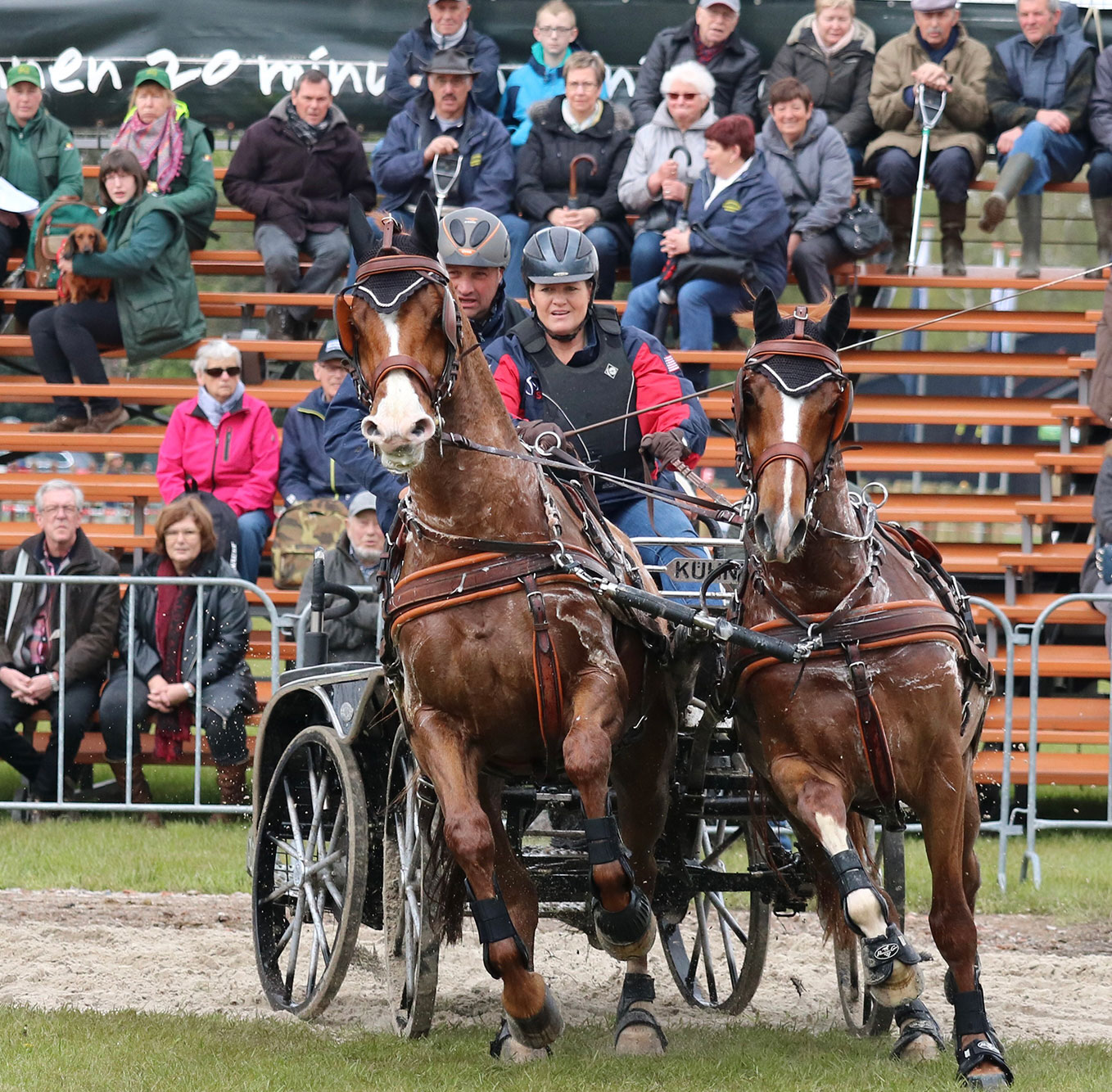 Kathi Dancer, originally from Germany, is a life long equestrian. She began riding last the age of 6, and has been an avid competitive carriage driver for more than 30 years.

In addition to the carriage driving, Kathi has been the president and program director of Woodside Junior Riders since 2000. She was the president of the Peninsula Carriage Driving Club. You can often see her riding her horses on the local trails, or driving a carriage through Woodside.