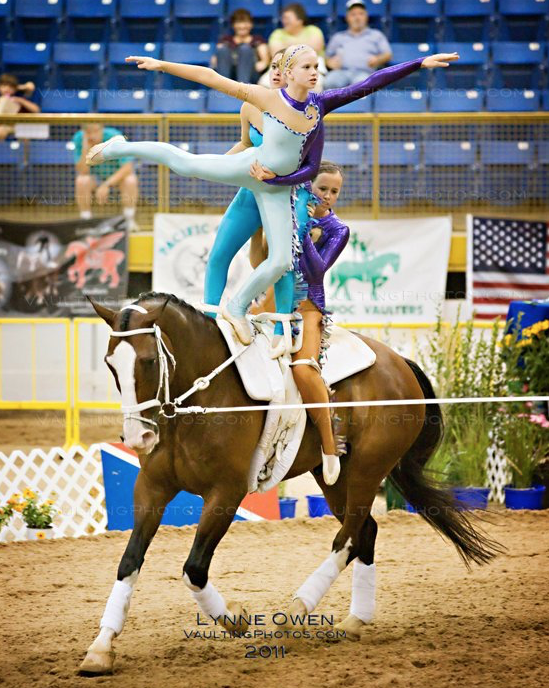 The Woodside Vaulters, founded in 1990, have won National Championship titles in individual and team competition at every level; international championships in Europe, Canada and the US; and have represented the US at every World Equestrian Games since 1998, including the 2010 Games in Lexington, KY. The club’s accolades include multiple USEF and AVA Coach of the Year, Trainer of the Year and Horse of the Year Awards.

The Woodside Vaulters is one of the largest and most successful equestrian vaulting clubs in the US. The club holds classes in recreational and competitive vaulting, emphasizing horsemanship, safety, team-building, communications skills, fitness, and confidence between vaulter and horse. Our vaulters range in age from 4 to 24 and come from all over the Bay Area. Parents play an active role in the club, volunteering with facilities, horses, competitions, uniforms, travel, fundraising and administration. View Website